Following the death of a loved one, you will have a lot of urgent tasks to carry out, some of which wepreviously covered in our article entitled useful information when a loved one dies. 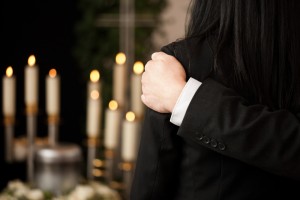 However, one of the most important tasks is arranging their funeral, which generally takes place about a week after they have passed away.

This can be an incredibly emotional and distressing task to carry out, especially if you were not expecting the death, and so you are likely to be having to think about the

arrangements whilst also coping with your own grief. This guide therefore aims to answer some of the questions you might have about arranging a funeral in order to help you with this task at this sad time.

Knowing whether to choose cremation or burial

However, if you have not had this discussion with your loved one, then the first step is to check their will to see if they have given any instructions for their funeral. It is generally up to the executor or next of kin to decide whether to have a cremation or burial, and whilst the executor does not have to follow the funeral instructions left in the will, it would be unusual not to respect the wishes of the deceased.

The funeral director will help you to decide where the body should stay until the funeral, and when and where the funeral should take place. If there is going to be a service or ceremony, you should contact the appropriate person for the religion or belief of the person who has died. If you are not sure, then the funeral director should be able to help you. 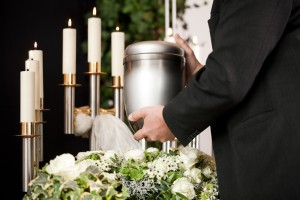 No one can be cremated until the cause of death is established. The crematorium (or funeral director) usually requires:

You have to pay for the cremation certificates signed by the two doctors. If the death is referred to the coroner, you do not need these two certificates. Instead, the coroner will give you a certificate for cremation which is free.

Cremation is the popular choice

When making a decision between cremation and burial, it may help you to know what other people are choosing to do. Figures and surveys put the proportion of people choosing cremation between 70 and 75%, and in some areas that is even higher. This has not always been the case as cremations were banned in the UK until the late nineteenth century, largely for religious reasons, and even by 1930 only 5% of funerals were cremations. But in 1963 the Pope allowed Catholics to be cremated for the first time, and by 1968 the number of people being cremated in the UK overtook the number of people being buried. That figure has continued to grow over the last few decades until it has stabilised roughly at the three in four figures we see today. Why is the figure so high?

The key reasons why people began to campaign for cremation to be allowed back in the nineteenth century still apply today, namely cost and space. The two go hand in hand. The cost of a burial is more expensive than that of a cremation because land in burial grounds is increasingly scarce. It was scarce in the nineteenth century as well, but since then the population of England has increased from 30.5 million in 1901 to over 53 million in 2011. Although many churches have bought up neighbouring plots of land in an attempt to solve the problem, these plots have become full too, meaning if you want an increasingly rare burial plot, you have to pay a price for it. On average, a cremation will cost around £2,500, whereas a burial will cost over £3,000.

Cost isn’t the only reason though. In recent years, funerals have become increasingly personalised to reflect the character and nature of the person who has passed away. Part of this can include scattering the ashes in a place that meant something to the deceased and probably their loved ones who have been left behind as well, such as a favourite holiday destination, the place they grew up in, got engaged or married in, somewhere they lived, or maybe just a favourite view or walk. There has been a trend in recent years to view a funeral as a celebration of the life of the person who has passed away as well as mourning their passing, and scattering their ashes in a place which meant something important to them rather than burying their body in a graveyard, which is considered by some to be a sad and upsetting place, is part of that trend.

Many families now prefer cremation over burial because of issues about visiting a grave. Whereas in years gone by most people were born in an area, grew up there, got married, had children there, worked there and died and were buried there along with their family, such a scenario is becoming increasingly rare. People move away from home to go to university, to be with a partner and for employment reasons, and even if they do choose to end up back in the area they were born or grew up in, chances are that most of their family won’t be there. So, the days of one family having a local burial ground, which was nearby for family members to visit, take flowers to and maintain, are in many cases over. It can be very distressing for family members to only be able to visit the grave of their loved one maybe once or twice a year, and when they get there finding dead or no flowers and that the grass is overgrown, making the grave look forgotten and unloved. Choosing cremation can remove this issue.

Finally, there is the religious aspect. Whilst most cemeteries are open to all faiths, many people still associate them with a particular religion, as they are often attached to churches and have rows and rows of gravestones shaped as crosses. As increasingly fewer people choose to associate themselves with a particular religion, a ceremony at a crematorium is viewed as a more religiously neutral funeral than one in a graveyard.

A downside of cremation, however, is its impact on the environment. People’s awareness of the 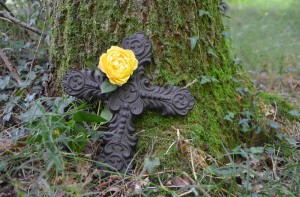 environment has grown in recent years, and the average cremation is believed to use as much energy as a 500 mile car trip, with the cremator running for around 75 minutes at temperatures of up to 1,150°c. This has led to a rise in popularity in recent years of green funerals, sometimes known as natural burials, where the deceased is buried in an environmentally friendly coffin in an often unmarked grave in a field or woodland specially designated for this purpose.

What to do with the ashes

It is important to make it clear to the funeral director or crematorium staff what you want to be done with the ashes. If this is not clear, they will need to contact you to discuss what they should do. In the case of babies and very young children, there may be no ashes after a cremation.

You can scatter someone’s ashes in a garden of remembrance or in their favourite place (as mentioned above), bury them in a churchyard or cemetery, or keep them.  At some crematoriums you can arrange to have a memorial plaque which you may have to pay for.

Before someone can be buried, you must have a death certificate signed by a doctor and a certificate for burial from the registrar of births and deaths. For more information regarding forms, 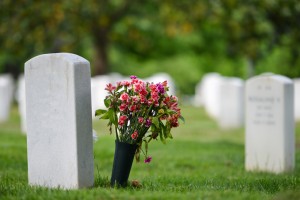 You should find out if the person has already arranged a grave space in a churchyard or cemetery, by checking their will and looking through their papers. There will be a ‘deed of grant’ which shows a grave space has been paid for in a cemetery.

Most cemeteries are open to all faiths, so you can have most types of service or ceremony. These cemeteries are owned by local authorities or private companies, and their fees vary. Some cemeteries and churchyards no longer have any space for new graves. If you want the burial to be in a churchyard, you can find out from the priest or minister if there is space and who has the right to be buried there.

The downsides of burials

Many of the downsides of burials have already been covered above when considering why people choose cremation. Burials are more expensive, there is increasingly less space in cemeteries for burial plots, and cemeteries can be seen as quite depressing places which increasingly disparate loved ones seldom get a chance to visit. Burial grounds also tend to be associated to religion which puts some people off in an increasingly secular society. But around one in four people still choose burial. Why?

Many people don’t like the idea of their body, or the body of their loved one, being cremated. For some, it is simply too final. This may be due to a fear of being burned alive, or may stem from religious beliefs, as different religions have different preferred or allowed types of funeral. For example, cremation was banned in the UK until the late nineteenth century largely because of the Christian belief in the resurrection, with Christians believing that on Judgement Day bodies would be raised from the dead. If there is no body, a loved one cannot be resurrected.

Whilst many people don’t like the idea of visiting a burial ground, many also do. Cremation can mean one family member taking the ashes and doing what they will with them, whether that is keeping them at home on their mantel piece, putting them in a cupboard, or scattering them at a place of their choosing. This can mean that other family members don’t get to see the remains or don’t even know where they are. As families members change through divorce, death and marriage, remains can get lost. By choosing burial, there is a permanent memorial to a loved one which all friends and family members know about and can visit as frequently as they like. They can visit the grave on the birthday or anniversary of the person who passed away, at Christmas or at other times of special significance. The body is there, in a fixed location, and loved ones can pay their respects and even talk to the deceased as often as they like.

A lasting record of a life

Burial also generally means a stone in a graveyard, and therefore a permanent memorial to the person who has passed away, stating their name, date of birth and death. It is a record of their life. Some people feel that by scattering their ashes and there being no monument, their life will eventually be forgotten about. 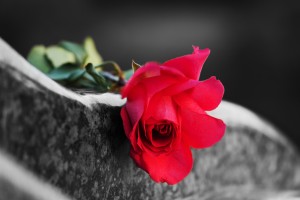 one, you may want to consider ways to personalise the funeral service. This can include whether or not it will involve any aspect of religion, the type of coffin or casket to be used, what type of hearse you want, what the dress code should be, any readings, songs or speeches that you would like included, whether you want people to give flowers or donations, and whether or not there should be a reception following the funeral. All of these apply, whether for a burial or a cremation. A funeral can be as unique as the person who has passed away, so talk to your funeral director for further thoughts on how you can add personal touches to commemorate their personality, hobbies, job, family, passions and anything else that made them special.