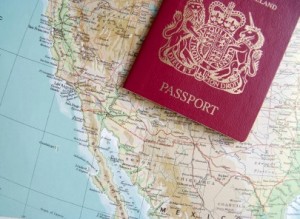 As more and more people choose to travel outside of England and Wales, either on holiday, for business or work purposes, to visit family or friends, or even to live permanently, the higher the number of people that die outside of either country.

Our article “Useful Information when a loved one dies” looked at the process of registering a person’s death, but this only applies if that person died in either England or Wales.

What is the process if they die outside of either of these two countries, and what if you want their funeral to be held abroad?

Registering a death outside of England or Wales

If the person died in Scotland or Northern Ireland, you should register their death in that country. If the person died abroad, or on a ship or plane, you should register their death in line with the laws of that country, or the country in which the ship or plane is registered, and obtain a death certificate.

If the person who died was a British national, you may also register the death with the British Consul in the country concerned. If the death took place on a British-registered ship or plane, the death will be registered with the relevant authorities in the UK (Registrar General for Shipping and Seaman, or the Civil Aviation Authority).

You will be able to get the death certificate from the British Consul who registered the death or, for deaths on ships and planes, from the General Register Office.

If the person died outside of England or Wales in a sudden or unexpected manner, or if the death was violent, unnatural or happened in suspicious circumstances, or there is not full information about their death and their body is brought to England and Wales, you must report their death to a coroner in the same way as if they had died in England or Wales.

You can arrange a burial or cremation abroad. The British Consul in that country can register the death. This avoids the costs of bringing the body back to England or Wales.

Bringing a body back to England or Wales

Alternatively, you may be able to bring the body back to England or Wales, and may want to so that friends, family and loved ones can attend the funeral. Most funeral directors should be able to give you advice on how to go about this and what it is likely to cost.

Arranging a funeral in England or Wales

To arrange a funeral in England or Wales when the person has died abroad you will need:

Arranging a cremation in England or Wales

If a person died abroad and you have brought their body back to England or Wales to arrange a cremation, you will need a cremation order from the local coroner. You can get their details from any local funeral director.

In England or Wales, if you have either of the above forms you will not need the two forms signed by doctors which are normally required for a cremation to take place. For deaths in Scotland, Northern Ireland, the Channel Islands and the Isle of Man, there are forms which are the same as these forms in England and Wales which you can use for a cremation.

If the person died from natural causes, the local coroner will issue an order to produce the application for cremation and original documents (which must clearly show the cause of death) from the country where the person died.

The local coroner may need approved translations of documents if they are in a foreign language. When you send these, write “Cremation Urgent” on the envelope.