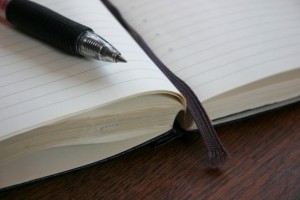 If a person’s death is unexpected or the cause of death is not clear, the examining doctor must refer the death to the coroner.

Who is the coroner?

The coroner is a lawyer or doctor. They investigate deaths:

In these cases, the coroner may be the only person who can confirm the cause of death. The coroner may decide that there needs to be a post-mortem or an inquest, and if so will arrange one.

What is a post-mortem?

A post-mortem is a medical examination of the body in order to find out more about the cause of death. The coroner does not need the permission of relatives in order to carry out a post-mortem, but does have to tell relatives when and where the post-mortem will be held. Relatives are entitled to have a doctor represent them at the post-mortem, and are entitled to ask the coroner to arrange for it to be carried out by a pathologist that is not employed or connected to the hospital the person died in, if they died in hospital. The coroner will usually pay to remove the person’s body from where they died to the mortuary for the post-mortem, and will choose a funeral director to do this.

Once the coroner has finished the post-mortem, relatives can then choose their own funeral director to carry out the funeral. A post-mortem should not delay when you can have the funeral held. If the post-mortem shows that the person died due to natural causes, the coroner may issue a notice known as a “Pink Form B” (form 100B) showing the cause of death so that the death can be registered, and if the body is going to be cremated the coroner will provide a certificate for cremation allowing relatives to arrange for the body to be cremated.

What is an inquest?

An inquest is a fact finding inquiry into the cause and circumstances of the death, which is held in public. The coroner will hold an inquest if:

It is up to the coroner to decide how to organise the inquiry in a way which is best for the public and for the relatives of the person who died. The coroner must tell the following people that an inquest is to be held, if their name and address is known:

The following people are allowed to go to the inquest to ask the witnesses questions about the medical cause and circumstances of the person’s death:

It is up to the discretion of the coroner to allow other people not listed to ask questions.

Sometimes an inquest will have a jury, but it is not a trial so there is no prosecution or defence, and it is not necessary to be legally represented. Witnesses are not expected to present legal arguments and an inquest cannot blame anyone for the death. The coroner ensures that the process is impartial and thorough, and is expected to assist families and ensure that their questions are answered.

If the inquest is going to take some time then you can ask the coroner to give you an “interim certificate of the fact of death” or a letter confirming the person’s death, which can be used for benefits and National Insurance purposes. Financial institutions will usually accept this certificate as evidence of the death.

For more information about what to do following a death, please read our online guide: “Useful information when a loved one dies”.