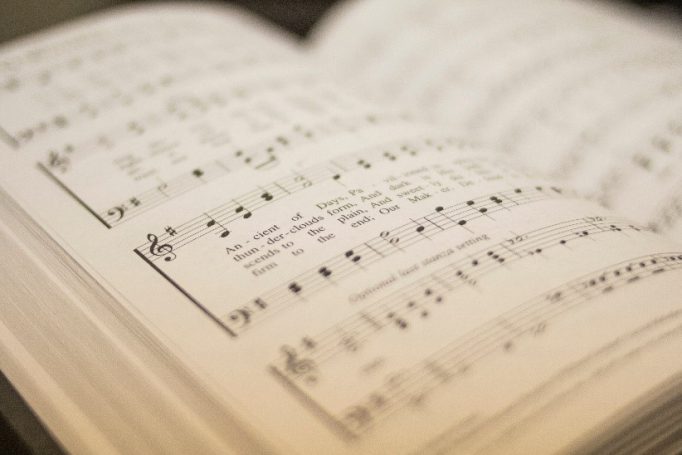 There was a time when choosing funeral music meant picking from a list provided by the funeral director, which contained a limited selection. Usually these songs were traditional and either instrumental or hymns. Times have now changed. We now have the choice to play pretty much any song, so the options are completely up to you and how best to celebrate the person’s life. Choosing music for a funeral helps create a personalised service that pays tribute to a loved one. With so many choices though, it can be overwhelming which is why we have compiled a list of some of the most popular funeral songs, to provide some inspiration.

The history of funeral music

Historically, the use of music in funeral services was very somber. It was normal to only hear traditional hymns and a funeral march. Many classical composers have written “Requiems” which are songs based on mass services which are linked to funerals. These songs are usually associated with death, dying and mourning. The Celtic music of Ireland and Scotland includes “laments”, an emotional type of music that was composed specifically for funerals and tragic events. They are known for their passionate expression of sorrow and grief.

Nowadays people do not tend to be as traditional as this. Although some do prefer to stick with tradition and play classical music, it is now much more common for the music and service to have less of a religious tone and to go for something more modern instead.

Music is such a powerful thing to a lot of people which is why the inclusion of music in a funeral service is deemed so special and important. A first step to choosing funeral music is to pick the genre you want to play. Seeing as most funerals have 3-5 songs, it is completely normal to have a mixture of these. 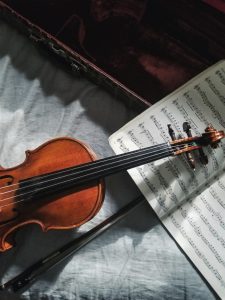 There are many beautiful Classical songs out there to choose from. They are emotional and timeless making them an excellent choice for funerals. Here are some of the most popular Classical funeral song choices

Although a lot of funerals are now becoming less focused on religion and more on the celebration of life, hymns are still a popular choice to be included in the order of service. There is such a wide variety, however here are a few of the most loved:

Pop and Rock songs are becoming increasingly popular. These are more likely to be the songs a loved one listened to in their day to day life and they were bound to have favourites that meant a lot to them. As long as you stick to appropriate taste and consider the feelings of all those in attendance, there are many perfect pop rock songs for funerals. It is recommended to listen to ALL of the lyrics carefully as sometimes they may not be the same as you remember. Choosing from more contemporary songs can be overwhelming because of the vast choice, so a good starting point is to go through your loved one’s music collection if possible and seek advice from family and friends. 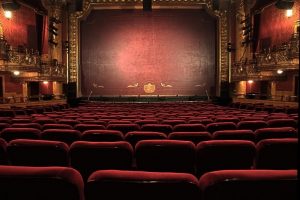 Music from films is a great option to consider. If your loved one had a favourite film, try listening to the film soundtrack to see if there are any good options for you to choose from. Choosing a song from a film is a great way to get across the personality of your loved one and a lovely way to remember them. The majority of films have a combination of songs with lyrics and instrumental so there is usually lots of choice. Here are a few popular options:

Songs from a musical are also a great option. Known for their emotional songs, many people have a favourite musical show, so if your loved one did, look at the soundtrack, listen to the words and see if any of them would be suitable. Here are a few of the top musical songs chosen:

Similar to films, choosing music from your loved ones favourite TV show is another way to personalise the funeral service. It is also becoming more common to pick music that is associated with a sport or sports team they loved.

Another major factor to consider when choosing music to play is what tone or mood you want to get across. If you want it to be a day of celebrating their life then you may want to go for a joyful, happy song or even a funny song. However, if you feel this is not appropriate, you may want to choose a song which is more poignant. Here is a list of the most popular options for both.

These are songs which are popular as their lyrics are emotional but have a reassuring element.

You also have to make the decision of whether you go for a classic song which has been around for decades, or something more recent. Here is a list of songs which have been released in the last decade or so, which are becoming popular funeral song choices 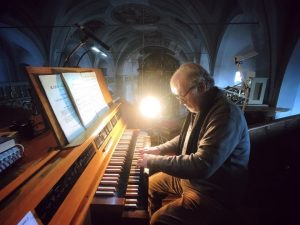 The final thing to consider is whether you would like pre-recorded music or live. Some people may have a singer in mind who they would want to perform at the ceremony. Sometimes this can be a friend of the family which is a sweet, sentimental touch as it makes the service even more personal. Another option is to hire a live musician. There are many musicians that offer this service if you would rather a live performance. In most venues, an organ is provided for those who would like to use it. It is becoming ever more popular to choose pre-recorded music, both due to the ease and also because it lets you play whatever song you want to. This is the perfect option for those who want to play a specific version of a song. The majority of venues will provide you with the ability to play pre-recorded songs but always speak to the venue first about whether you can play what you wish to. 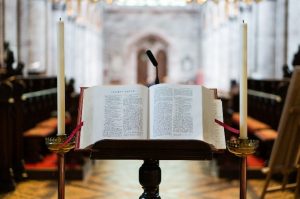 In conclusion, there are no strict rules when choosing funeral music. The main point is remembering your loved ones with the most appropriate tribute. So, think about your loved one, think about what music they liked and what music you think expresses who they were in the best possible way.

We hope you have found this advice useful. If you – or someone you know – has recently lost someone close and you have concerns about aspects of planning a funeral, please contact Cravens Funerals. Our compassionate and professional team have years of experience creating funerals that are completely unique to the individual and respectful of the circumstances involved. For help and advice please contact us on 0151 233 3900 or leave us a message through our contact us page by clicking here.