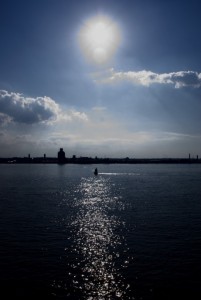 Just a couple of generations ago most people chose to be buried following their death, with very few choosing cremation. In 1930, for example, less than 5% of funerals were cremations. But this has changed dramatically in the last few decades, and now around three in four people choose cremation over burial for their funeral. What has led to this dramatic change and why is cremation now such a popular choice?

Firstly, cremation was only legalised in the UK in the early 20th century, having been banned for hundreds of years before that for religious reasons. Christian beliefs in the resurrection meant that the church (and therefore the state) only allowed burials, as cremation would prevent the bodies of the dead from being able to rise from their graves at the end of the world. The first crematorium was therefore not built until 1878, the first official cremation was not carried out until 1885, and cremation itself wasn’t officially legalised in Parliament until 1902.

It then took time for people to stop choosing to be buried and to choose cremation instead, as it would with any major cultural and religious change of this nature. Key catalysts for change included the deaths of millions of people in World War I and leading royal, political and religious figures choosing cremation rather than burial. But the decisive factor was the Pope removing a ban on Catholic cremations in 1963, and in 1968 the number of cremations in the UK overtook the number of burials for the first time. It has never reverted back.

It is therefore not surprising that as an increasing number of people consider themselves not to be a member of a religious faith, the number of people choosing cremation over burial has risen. Whereas most burial grounds will be associated with a particular religion, a crematorium is usually considered to be more of a religious neutral location for a funeral.

When leading figures started to campaign for cremation to be legalised in the 1870s, they did so because burials were becoming unhygienic and costly, and Britain’s cemeteries were full. Whilst the hygiene issues that existed in Victorian times are no longer a problem today, the issues of cost and space still exist. The population of the UK has increased dramatically since the 1870s, so there is even less space now than there was then, meaning that the cost of a burial has risen dramatically, and is much more expensive than cremation.

Another factor is the gradual decline of a family graveyard. Families from previous generations would have largely lived their whole life in the same village, town or city, meaning when they died their family would have been nearby to visit or tend to their grave. But as people increasingly move around the country and the world, it becomes harder for relatives to visit and tend to family graves. A preferred option to a burial plot that is seldom visited or maintained is either to keep the ashes in an urn so that the loved one is always nearby, or to scatter them in a place which meant something to the deceased. It gives those left behind far more flexibility.

This also follows trends in recent years to personalise funerals more and to celebrate the life of the deceased, rather than mourn their passing. Scattering ashes in a place that is associated with happy memories of someone is often preferable to burying them in a graveyard which most people would consider to be a depressing place, and which the deceased probably seldom visited in their lifetime.

For more information about different types of funerals, read our article about funeral options.