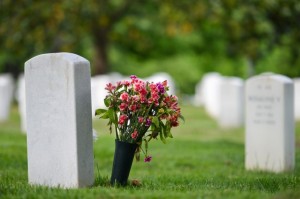 In one of our previous blogposts about why cremations are more popular than burials, we explained that around three out of four people now choose to be cremated rather than buried. However, one in four people – a substantial amount of the population – are still choosing burial rather than cremation. Why is that?

For many people, choosing whether to be buried or cremated is simply a matter of personal preference or gut feeling. Some people don’t like to think of their body decaying, or even have a fear of being buried alive, so prefer cremation. Others however have a fear of fire or even of being burnt alive, and so prefer burial.

Religious reasons may be a key factor. Christianity now accepts either burial or cremation, but for hundreds of years the church did not allow cremation. The Catholic Church only removed their ban on cremation in 1963, and now still only accepts rather than supports cremation. Older generations of Christians may therefore have been taught whilst they were growing up not to be cremated, but instead to be buried, as cremation would prevent the resurrection of the body. Orthodox Judaism, Eastern Orthodox Church and Islam do not allow cremation, and many conservative Jews and Christians are also opposed to it.

Burial means that all friends and family have access to the grave of their loved one at any time of their choosing and as often as they wish to, without needing anyone else’s permission. They can put flowers on the grave on birthdays, anniversaries, religious holidays and other special occasions. They can go and pay their respects and even talk to their loved one if they so wish.

Some people may feel that, after their children and grandchildren have passed away, there will be nobody left to remember them, and it will be as if they had never lived. Burial in a churchyard, however, usually means a memorial stone, which means a person’s name, date of birth and date of death will be engraved on it as a lasting memorial of that person’s life.

An increasing number of people are concerned about the impact cremation has on the environment, with the average cremation believed to use as much energy as a 500 mile car trip. A cremator runs for around 75 minutes at temperatures of up to 1,150°c. Whilst the chemicals used in burial also have an impact on the environment, the effect is less obvious, and many people now choose natural burials to navigate this problem.

For more information about choosing cremation or burial, click to read our article Funeral Options: What types of funeral are there?